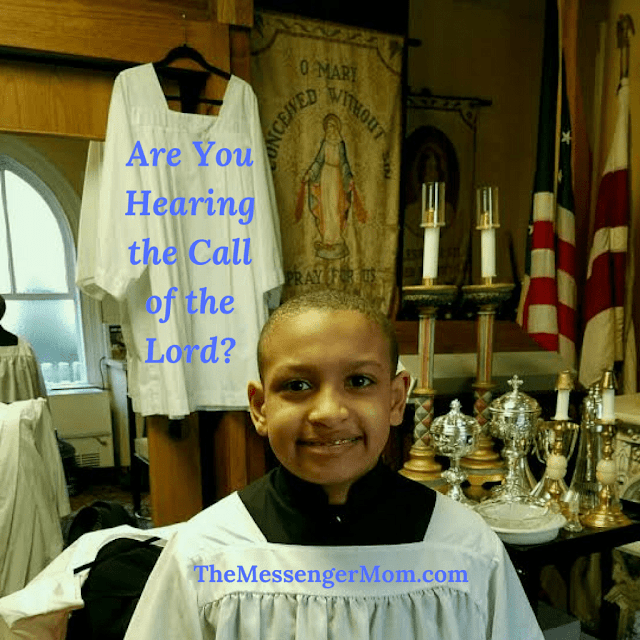 Before I left the Episcopal church and become Catholic, I had heard the term “vocation” used here and there, once in a while. Mostly my immediate thoughts on the term brought up images of the clergy, specifically the priesthood or one’s job or career.  After I was married I began listening to various radio and television programs about being a wife and a mother. I would often hear the phrase the “vocation of a wife.”  Wait a minute!  A wife is a vocation?   Yes! The word vocation really means a “call” from God. It is that pulling of your spirit to connect with the Lord in a deeper, profound way. Wowza!  The vocation of marriage opens one up to be a parent. Now you know that parenthood is a calling!

We Are All Called to Holiness

We are commanded many times in the Bible to ” love the LORD thy God with all thine heart, and with all thy soul, and with all thy might.” When we draw close to the Lord, he draws us close to him (James 4:8). Our desire to follow the Lord is rooted in our first Sacrament of Baptism. As we grow in the Faith, our Faith grows in the Lord.

“Beloved, let us love one another: for love is of God; and every one that loveth is born of God, and knoweth God.”

The four specific vocations are: single life, married life, consecrated life or the ordained ministry.  Depending on which vocation we have chosen, we live out the invitation ‘to be holy’ differently.

It is through the vocation of marriage, where the cornerstone of society, the family is born. You accepted matrimonial vows of being open to procreating children. Procreation, as in being a vessel that God can use to bring forth life. As my priest, Fr. Meeks, who officiated my wedding, stated to Mike and me during premarital counseling: “Be open to Life, babies are the only thing that you can create that you can TAKE WITH YOU HEAVEN!” Wow! The gift of life. The gift of parenthood. The gift of eternal life. The gift of eternal life for your children!

So yes, the COVENANT of marriage, between ONE MAN + ONE WOMAN, was instituted by God Himself. And what God has joined together, let no man put asunder! Amen!

Mike and I were married on May 6, 2006. We had 305 guests at our nuptials at Christ the King Towson and reception at St. Joseph’s Catholic Church. (Plus an additional 85 guests at a second reception at the home of my father and step-mother in Fernandina Beach, FL, a few weeks later.) I talked about my destiny of being Catholic in this post. Mike and I were the first couple, who were non-members of St. Joseph’s in Fullerton to use their new parish hall for our reception (as Christ the King did not have a parish hall). We dined on delicious fare by The Manor Tavern in MONKton, MD. The Manor Tavern also hosted President George Washington!  Remember, my native state of Maryland was formed as a CATHOLIC colony.

By September 2006, Mike and I were shocked to learn that we were expecting! I say “shocked” because, all of our friends had said that “it takes a long time to get pregnant, sometimes years.” Mike and I had only married four months prior to conceiving, so naturally to us, four months was not “a long time”.

On May 6, 2007, we celebrated our 1st Anniversary and seven days later on Saturday, May 12, 2007, was born Michael “Paul” Henderson, Jr. The next day was Mother’s Day. I had asked the Lord to please “make a Mother before Mother’s Day” and He answered my prayer.

During my pregnancy with Paul, I read a gazillion books on pregnancy and motherhood, like the classic “What to Expect When You’re Expecting.”  I read about the hormonal changes your body goes through and what types of food to eat for a healthy pregnancy and so on. But what I didn’t expect was hormonal + spiritual bonding taking place in my womb.

“You made all the delicate, inner parts of my body and knit me together in my mother’s womb.” Psalm 139:13

Once the hormonal + the spiritual bonding starting happening in my womb, I knew that I wanted to be a homemaker. I remember telling Mike that I would not be returning to the workplace and that we would just have to eat cereal or mac-n-cheese for dinner. I was so serious. I didn’t know how we would make it on one income, but we decided to trust the Lord. I will say that that decision while being the best one that I have made, has not been easy. In fact, living on one income has been extremely hard. We both have two sets each of student loan debt + credit card debt. But we are committed to living within a budget which includes giving to our Parish. We added two more children to our quiver since the birth of Paul. Six years ago I started homeschooling Paul. I love using Catholic Seton Home Study as we both grow in our knowledge of the Faith.

You see once you are open to the Lord about one thing, He will open up the next door for you and then the next door and so on. As your responsibilities grow, your trust in the Lord will be a natural outpouring of Faith in Him to see you through to the next thing.

Who knew that 10 years ago, one decision to be open to having children, would lead me to converting to Catholicism, start homeschooling my children, having my son desire to serve the Lord at the altar and blogging about it? I didn’t! But the Good Lord sure did.  What is the Lord nudging you to do? Trust in Him and be Obedient now. Seek the Lord while He may be found in this season when you are hearing his voice — heed His call to you.

“Remember what it says: “Today when you hear his voice, don’t harden your hearts as Israel did when they rebelled.” Hebrews 3:15 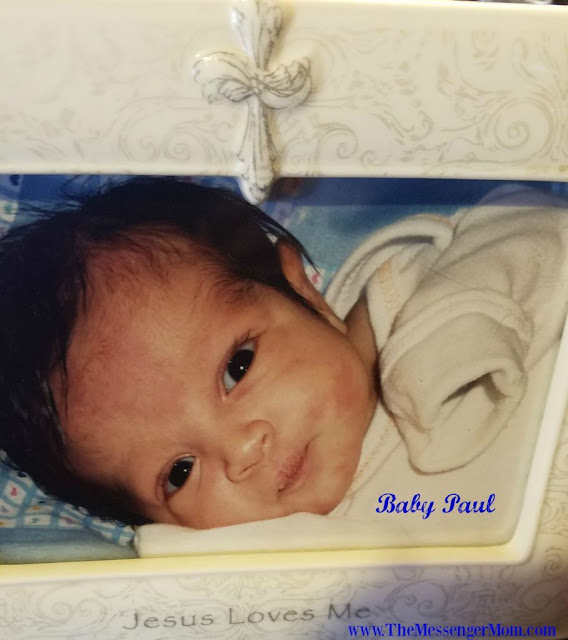 VOCATION OR “THE CALLING” TO HOLY ORDERS

Paul has now joyfully served three Sundays in a row as “Boat Boy.” Fr. Mark Lewis is so proud of him and Paul is proud of himself.  I asked him what he likes most about serving.  He said, “I feel close to the Lord up there.”  I asked him, “Is the Lord speaking to you up there Paul?”  He said, “Yes Mommy, the Lord says ‘Good job Paul.  I am proud of you.'” I have read several articles of young boys who were altar servers who eventually became priests. Their initial experience of serving at the altar was the same as Paul’s experience.  They felt a sense of closeness to the Lord and felt they could hear the Lord more clearly while near the Sanctuary.  I could see how some parents, moms in particular, while proud that their now young son is serving the Lord, would have second thoughts of him as an adult becoming a life-long priest.  What about marriage for their son? What about my future grandchildren?  I admit I have these same thoughts too.  I suppose this is another area, where I am willing to Trust that the Lord’s plan for Paul’s life is greater than my own desires, regardless of how noble those dreams are to me.

Regardless of your hopes or dreams or fears, are you open to hearing the Lord for His calling for you?  As a parent are you open to the calling on your child’s life?  Are you training your child to hear the Lord for himself/herself?  Pope John Paul II wrote, in his 1994 Letter to Families, “Parents are the first and most important educators of heir own children, and they also possess a fundamental competence in this area; they are educators, because they are parents.” (16)

Thus, as parents are the first educators, it is our bounden duty to provide for the moral, spiritual, and intellectual formation of these children.  Teaching children the fundamentals of the Catholic Church, how to pray and the Sacraments are essential and have eternal benefits and enable one in hearing the call of God in your life. 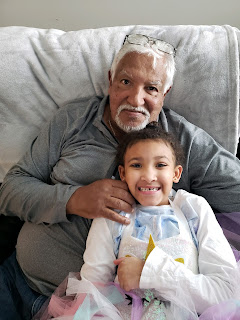